Industry Icon: John White – A Leader in the Field 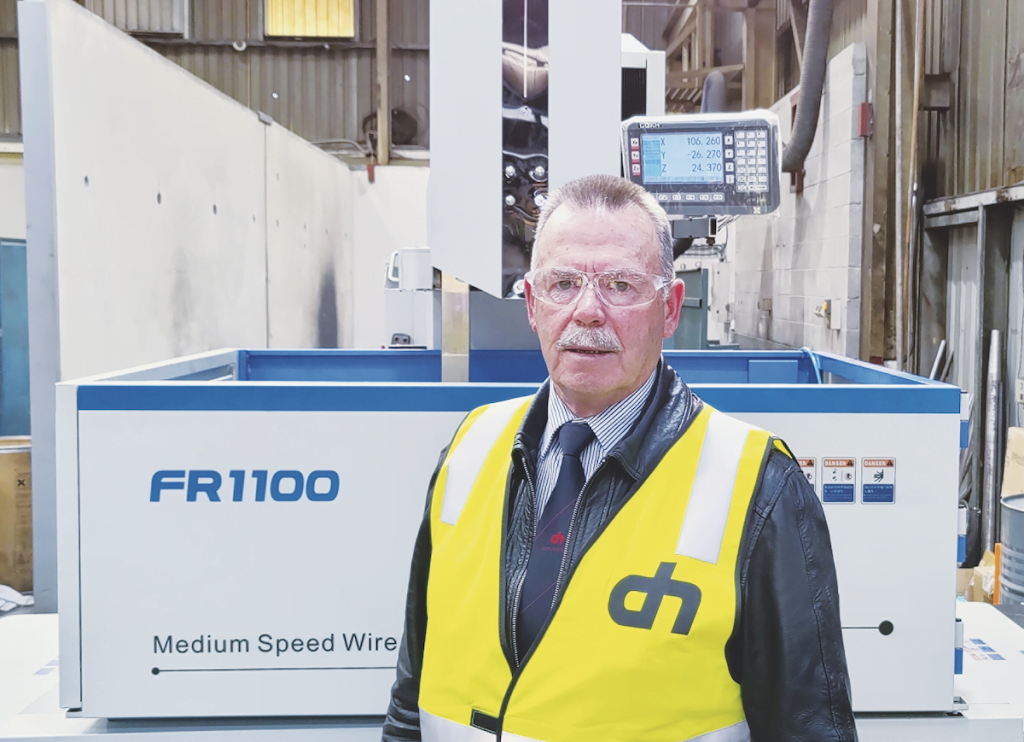 John White is the Founder and Managing Director of the globally renowned Devonport-based company Delta Hydraulics. The development of superior hydraulics solutions has enabled John and his company to stay at the top of the game for more than 45 years.

A fitter and turner by trade and a self-taught engineer, John White started Delta Hydraulics in 1975 as a service and repair operation specialising in underground mining equipment.

“Failure analysis exposed the design limitations of the existing products that were available at the time, so I started the design and manufacture of superior replacement components for the mining industry in 1978,” John says.

“During the period 1975 to 1980 we were also called upon to service telescopic cylinders for the Hydro Electric Commission and other major earth moving contractors in Tasmania.”
John says exposure to the inadequacy of the available products for the tipper sector was the catalyst that prompted his invention of the Delhoist Telescopic Cylinder in 1982. This catapulted Delta Hydraulics into the road transport realm.

“The key element of our patent of this design was unitary construction where the gland, stage and piston are all one component – which eliminated all threaded glands and pistons,” John says.

He maintains that 40 years later his design has been copied by every telescopic cylinder manufacturer in the world, adding that their quest for a cheaper manufacturing method has resulted in a much more fragile product than the Australian manufactured Delhoist.

“One of the major industry sectors we service is waste management and our double-acting telescopic cylinders are used extensively throughout Australia and also exported to south east Asia and China on a weekly basis,” John says – adding that Caterpillar uses the Double-Acting Delhoist on its underground Ejector trucks which are manufactured in Thailand.

Another significant innovation John and his team pioneered is the Delta-C surface treatment for chrome-plated cylinder rods. The ceramic densification process fills micro-cracks and fissures in the chrome plating, greatly extending cylinder life.

“Chrome is very hard, but it actually shrinks after it electroplates on and solidifies; for want of a better term – it actually cracks,” John says.

“The naked eye can’t see them, but if you magnify 10,000 times it looks like the Grand Canyon.”
Delta-C is reported to dramatically extend the life of hydraulic cylinders in harsh applications including marine and underground mining.

As for the future, John says the resilience of Delta’s Devonport manufacturing facility is crucial for the ongoing supply of innovative products to Australian transport equipment manufacturers.
“That is why we are constantly improving our manufacturing processes and developing new products such as our recently introduced annular ported telescopic cylinders for specialist applications,” John says.

“My dedication to the sector is still as strong as it was 40 years ago, and I look forward to being of service for at least another 10,” he says.